The Nude Maja was painted in 1797 in Spain. What many people do not realize is that there is a second painting in this ‘collection’. Francisco de Goya also produced a clothed Maja.

We do not know who the model was in this image, neither is it likely that we will ever know. The Majas were the poorer folk in Madrid, and very few records were kept about them. However, what we do know is that this is a piece of artwork that has gone down in art history.

Up until this painting was produced, nearly every single piece of art that showed off a female’s pubic hair did so in a negative way. This one bucked that trend and created an image that doesn’t focus on the pubic hair at all. It is just part of the woman.

Katsushika Hokusai’s ‘The Dream of the Fisherman’s Wife’

Well, this piece of artwork produced at some point in the 19th Century in Japan certainly plays into some people’s kinks.

This image is actually part of a collection of images. All of them are based around the same subject; women and fish. Well, women and the ocean.

This artwork is actually the most famous of the collection, perhaps because it is a lot more unique than some of the other paintings there. Actually, by unique, we mean incredibly weird. It involves a nude woman in sexual liaisons with a couple of octopuses.

We have another piece of art produced in Spain here. Turns out the Spanish were quite kinky a few centuries ago. This image was painted over the course of twenty years, starting in 1490.

This is an especially beautiful piece of artwork. However, somewhat interestingly, we do not actually know why Bosch painted it. In fact, this guy is pretty much an unknown. Nobody knows about his personal history that could have resulted in him painting this work.

This is part of a set of three paintings that are meant to depict a story, although what that story is, nobody will be able to tell you. The Garden of Earthly Delights is the middle painting. This features a couple of dozen nude people socializing in a beautiful garden. The attention to detail in this painting is absolutely superb.

READ
How To Be A Stripper? - The Definitive Guide

This painting was produced in the 1900s. It is an oil painting, a rather basic one at that, of seven men bathing around a pool.

All of them had exactly the same title and the overall theme. However, he did play about with the people that were featured in the images. For example, some have women, some have men and women, etc.

Remember what we said earlier about how when pubic hair was shown it was always in a negative light? Well, Titian’s Venus of Urbino, which was painted in 1534 is an example of this.

This painting, supposedly, depicts the Goddess Venus. She is the Goddess of beauty, love, etc. She is laying down on a couch. If you look at the image, you will notice that the vagina is covered up. This is to ensure that the pubic hair is not shown. If the pubic hair was shown, then it would have been offensive towards Venus.

This is an incredibly popular painting, even if you have never seen the painting yourself. This is because the pose has influenced all manner of other paintings and sculptures.

Back in 1830, Michelangelo painted an image of a naked woman intertwined with a swan. We won’t get too much into the history of that painting. It had a lot to do with Michelangelo painting the ceiling of the Sistine Chapel, and then him promising somebody a piece of art. Michelangelo then produced Leda and the Swan.

The thing is that the original Michelangelo copy has been lost to time. It was probably destroyed at some point. However, Michelangelo was popular enough at the time that there were a lot of people that were more than happy to copy his original art. Peter Paul Ruben was one of these people. In fact, his painting is pretty much how we know that the original Leda and the Swan exists.

We will never know just how close it was to the original artwork. However, since Peter Paul Ruben had a couple of attempts at it, we are sure that it was pretty close.

This is because, while Edouard Manet didn’t say so, it is heavily implied that the woman that is featured in the painting is a prostitute. This was bad enough. However, what really irked people, at least in the modern age, is that she is being attended by a black maid.

At this time, slavery had just been abolished in France (where the painting was created), but there are some that see the image as being racist and a slight on black people. However, this does seem to be more modern speculation as opposed to anything else.

As you probably know, Pablo Picasso is a guy that is seen as pretty much the founder of the modern art movement known as cubism. His paintings are not realistic, but we won’t go into that here. You can study art if you want to know more about that.

This painting was created in 1907 and it caused a huge stir at the time. For starters, it is a painting that is meant to show a few prostitutes socializing. The prostitutes were also wearing ethnic masks to hide their facial features.

Egon Schiele is an artist that is known for creating beautiful works of art that are meant to show the love between two people. This piece of art is perhaps his best-known one. As the name suggests, this painting is meant to depict friendship rather than actual romantic feelings.

This painting features a man and a woman in a naked embrace with one another, just holding each other. One of the reasons why this piece is more famous than some of the other artwork created by Egon Schiele is down to the fact that it is seen as a blend of all of the art styles that he produced over the years, which makes it one of the more unique pieces that he produced.

This image is also known as the ‘Toilet of Venus’, although we honestly do not know why. It does not feature a toilet. Instead, it features a nude woman with her back turned looking into a mirror held up by Cupid. This woman is said to be Venus, hence the name. It was painted in the 1600s.

This image is a little bit different to the others. By the time that this painting was produced, it was clear that the idea of only depicting pubic hair on prostitutes was long gone.

This painting is a close-up of a female’s genitals. The woman has an epic bush too but, let’s be honest, it was the 1800s. Nearly everybody probably had an epic bush back then. The reason why this image is so famous is that it tries to showcase the realism of nudity at a time when other artists were not being so realistic with their images, and certainly nowhere near as graphic.

Jupiter and Io is a painting from Correggio. It was produced in 1530. Correggio actually produced multiple paintings featuring Jupiter. In this one, he is with Io, whose back is turned. He is embraced with her. It is meant to show Jupiter changing his form, something that he was said to have done in stories in order to get away with seducing multiple women.

This isn’t actually a piece of artwork that Salvador Dali sold. It was his private painting. He did give it away in his will when he died, though. This is how we know about it. This piece of art is a testament to how art can showcase the emotions a person feels. For example, Salvador Dali was known to have confused feelings toward sex due to experiences he had when he was younger, and these feelings are said to come out in this painting.

This sculpture was produced before 79 AD in Pompeii (that place wiped out by the volcano), nobody really knows why it was produced. We certainly will never know the artists.

This is a sculpture that shows a horned man having full-on sex with a goat. You see the penetration and everything. It certainly is a tremendous sculpture by whoever produced it, although it probably isn’t going to be most people’s tastes. 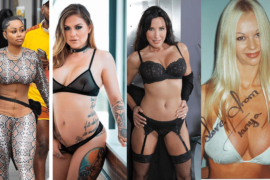